Bobby Lewis is a character on The Fresh Prince Of Bel-Air, portrayed by Ahmad Stoner.

Bobby is the son of Helen Smith and Lester Lewis as well as the cousin of Hilary, Carlton, Ashley, Will and Nicky. Bobby is noted for his bad behavior which is even worse than Will's as Will says that the family appreciates him a lot more whenever Bobby comes over to visit. His behavior is so bad that he provokes Hilary into saying "I'm getting my tubes tied" after watching him. Carlton also refused to take him to Disneyland, claiming "I will not be responsible for the murder of Mickey Mouse." Of the family, Ashley shares the strongest annoyance with Bobby. 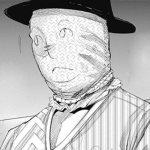