Shelley Jensen
Bullets over Bel-Air is the fifteenth episode of The Fresh Prince of Bel-Air's fifth season which was first broadcast on February 6, 1995.

While withdrawing some money from ATM for a night out, Will and Carlton are attacked by a robber, who ends up shooting Will. The whole family comes to check on Will in the hospital and are left traumatized, especially Carlton, who feels that the justice system he depends on has failed him. He considers taking an extreme measure: buying a revolver.

Will, Carlton and Philip are leaving for a camping trip. However, after ruining a life raft Carlton had in advance for the trip, Will his cousin money for a replacement. They go to an ATM, but a robber shows up with a gun. Carlton reaches out for some more money, but the robber assumes that he has a gun, shooting him. Will pushes Carlton out of the line of fire and is instead hit by the bullet himself. At the hospital, the whole family is variously worried about Will and upset by what happened to him. Carlton is the most deeply affected by the experience and reveals to Will that he bought a gun for self-protection. Will convinces Carlton to hand it over and reminds him that he saved his life. Once Carlton leaves, Will sitting in his hospital bed as he opens the chamber of the gun to find there are bullets inside and breaks down in tears, which shows how scared he was that the shot could have paralyzed or killed him. 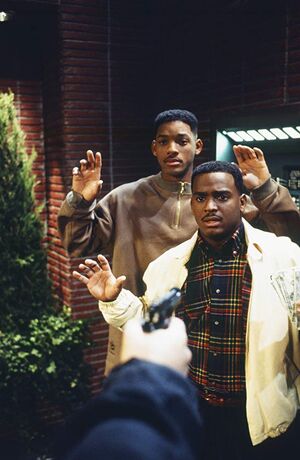 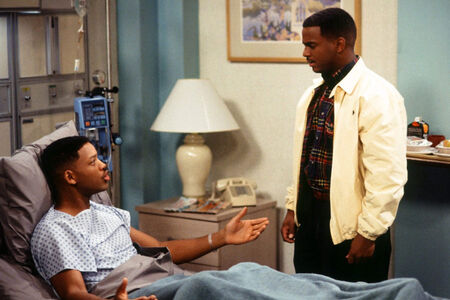