"Mistaken Identity" is the 6th episode of Season 1 of The Fresh Prince of Bel-Air.

Will and Carlton wind up behind bars when they drive a borrowed Mercedes to Palm Springs.

While Philip and Vivian go on a trip to Palm Springs in Mrs. Furth's helicopter, Carlton and Will offer to drive Mr. Furth's Mercedes there as well, to which Furth happily obliges. Whilst trying to find the way, Carlton gets lost and without a map, has to slow the car down to 2 MPH, attracting the attention of the police. The pair are pulled over and (in no small part due to Carlton's innocent blunders) are arrested for "stealing" the car.

They are taken to the police station and interrogated. Street-wise Will immediately realizes that the arresting officer and the Sergeant are bigots and tries to stick to the minimum facts. In contrast, the inexperienced Carlton fails to grasp the severity of the situation. Whilst Carlton is fully cooperative, his actions only anger the officers, who become more convinced that Will and Carlton are car thieves.

In a bid to clear the matter up, Carlton and Will phone Palm Springs and the Bel-Air residence respectfully but their calls for help fail. The Furths have the television on too loud, whereas Geoffrey hangs up on them since it was his day off and he thought they were being lazy again. Will and Carlton are subsequently incarcerated. Luckily, as they contemplate the severity of their situation, a stray comment from Carlton gives Will an idea. He manages to get Philip and Vivian's attention by making a phony confession on live TV, alongside a weeping Carlton. A horrified Philip and Vivian rush down to the police station alongside Furth to straighten everything out.

When Mr. Furth enters and identifies himself, the police are civil and professional as the sergeant tells him that his car is safe and they caught "the perpetrators", but Furth humiliates them, saying that the boys are his partner's son and nephew and that he gave them permission to drive it to Palm Springs, thus confirming Carlton's earlier statement.

When the sergeant asks "Partner?", a livid Philip says that Furth means "Legal Partner". Philip makes it very clear that he, Vivian and Furth are very angry at the officers for their complete and deliberate disregard of standard procedure for their refusal to contact the boys' parents or lawyers following the alleged confession. Knowing full well that the officers have no legal grounds or right to hold Will or Carlton, Philip demands that the officers release the boys at once, or he and Furth will file a lawsuit against them for racial profiling that will cost them their jobs, and will result in their incarceration and the sergeant's grandchildren needing lawyers too. Having no other choice, the officers are forced to release Will and Carlton, who spend the rest of the weekend in Palm Springs.

Meanwhile, Hilary babysits Ashley throughout the episode and proves to be an unhealthy influence on the young girl who ends up drinking espresso at a café and is hyperactive by the time Carlton, Will, Phil and Viv arrive back home.

Despite being relieved that the incident has been put to rest, Will, Philip, Vivian and Furth are visibly soured by the wrongful arrest, but Will is even more angry to see that Carlton still believes that the incident happened because he didn't bring a map. Will furiously states that the officers' bigotry is what caused the incident in the first place; even pointing out that even if Carlton had a map or any connections that his family has with the justice system, none of it matters when it comes to driving in a strange neighborhood patrolled by bigoted police because they refuse to see anything past anyone's skin color that isn't their own.

Carlton scoffs at the idea and considers this absurd, causing Will to leave the room in a huff. Carlton then turns to Phil by asking him to confirm his belief, only for Phil to sadly confirm that Will is right, by saying that he was just like Carlton when he was first pulled over, indicating that he endured such injustice when he was young too. Carlton finally realizes that he just had his first experience of racial profiling and is left visibly stunned by this. Phil quietly leaves him with much to ponder over it while bidding him good night. 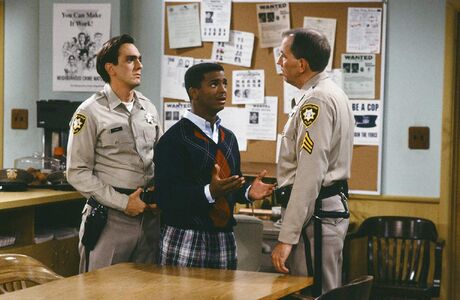 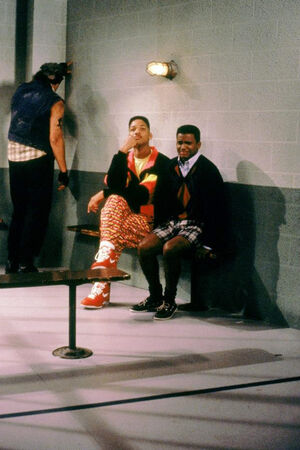 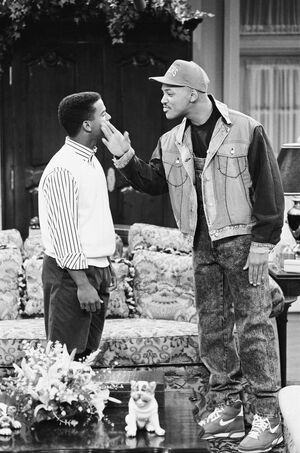