The Fresh Prince Of Bel-Air
Register
Don't have an account?
Sign In
Advertisement
in: Characters, Main Characters

Nicky (Played by Ross Bagley from Season 5 onward) is born to Philip and Vivian on February 22, 1993, towards the end of the third season. Except by one episode, when Carlton calls him "Nicholas", every member of the family calls him by his nickname, Nicky.

The character was primarily used as a plot device, often adding motivation for other characters, comic relief, or an emotional punch to the show's storyline. In the fifth season, Nicky grows from a newborn infant to a preschooler, which is common in television series and soap operas. In the first episode to feature this change, Jazz expresses amazement while Will just stares uneasily into the camera.

Nicky appears in some episodes in seasons 5 and 6. Like his older sister Ashley, Nicky seems to be highly influenced by his cousin Will.

Nicholas ‘Nicky’ Banks is a kind, warm-hearted child, often putting others before himself. He is also very humorous and makes many jokes. 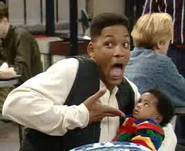 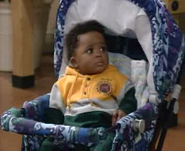 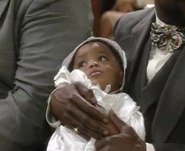 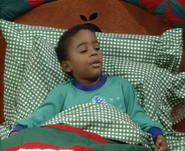 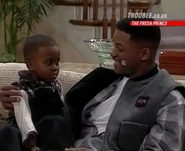