Someday Your Prince Will Be in Effect (Part 2)

Someday Your Prince Will Be in Effect (Part 1)

"Someday Your Prince Will Be in Effect (Part 2)" is the 9th episode of Season 1 of The Fresh Prince of Bel-Air.

At the Halloween party, Carlton's date is unmasked.

Will and Carlton both try to win Melinda over by making up stories about themselves. She ultimately chooses Carlton over Will, though she is hiding a secret.

However, Will finds a date, a waitress named Cindy. Carlton thinks he still won the bet, but then security guards arrive and reveal Melinda to be bank thief. Since Carlton has lost his date, Will wins the bet.

Some trick-or-treaters come by and Will tells the scary story of "The Beast of Bel-Air", pointing at Carlton as he walks into the room with a robe on, which scares the kids out of the house. 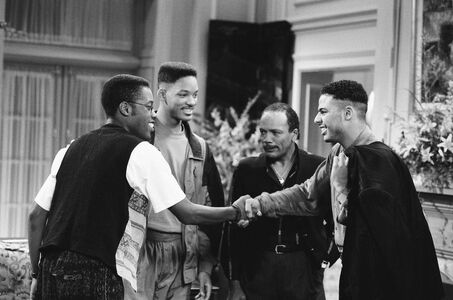 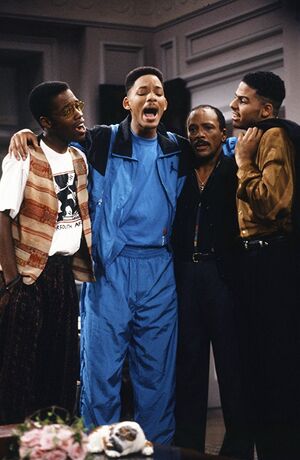