It's only Philly to L.A., but Will feels like a brother from another planet in his new home.[1]

After getting into trouble in West Philadelphia, Will's mother sends him to live with his Aunt Vivian and Uncle Phil in Bel-Air, California because she feels that Will would be safer there and learn some good American values. Upon his arrival, Will Smith brings with him part of West Philly - his rap style and his behavior. The episode starts with Will banging on the door and singing, "Back to Life" by Soul II Soul. The Banks' butler, Geoffrey opens the door, and Will, thinking it is his Uncle Phil, hugs him before Geoffrey tells him who he really is. Geoffrey then leads Will into the living room, where he meets his Aunt Vivian and Uncle Phil, who are amazed by his growth over the many years. However, when Will begins describing his plane ride, Phillip becomes disgusted hearing his slang language, but this language is pretty typical to Vivian, who reminds Philip of how they used to talk slang when they were young.

Afterwards, Ashley appears and meets her cousin Will. After hearing about the tennis court and pool they have in the house, Will begins to feel comfortable, thinking he is living in the lap of luxury, but Philip reminds him that he is here to work hard and stay out of trouble.

Later, Will is in his room stapling his Malcolm X poster to the wall. Geoffrey walks in and hands him his tuxedo for the formal dinner his Philip is hosting later on. Ashley also comes in and hands Will a painting of a flower pot she made for him. Seeing this, Will compliments Ashley on her artistic talent, which she is grateful for. However, she begins explaining to Will how she did not make the audition for the school chorus. Will believes that she should try to rap like him, as she would not have to worry much about messing up. The two begin making a short rap about Ashley's music teacher, Ms. Berkley, which she begins to enjoy.

Shortly after, Phillip and Carlton enter the room. After greeting Will, Carlton takes a look at his poster of Malcolm X, who Will considers to be his hero. While Carlton agrees Malcolm X was a great man, he looks up to his father as a hero. Seeing that Will has his suit prepared for the formal dinner, Phillip gives Will some advice, telling him to just be himself and when in doubt, act as Carlton. Later at night, everyone is gathered in the living room. It is here that Will's flare for trouble begins to wreak havoc on the Banks' household. Everyone at the dinner table is quite surprised to find Ashley doing a rap song that Will had taught her when saying grace. This does not help Philip's image with his bank associates, and Will and the Banks get off to a rocky start.

After the party, Will is sitting down at the piano playing a tune, shortly before his uncle Phillip comes in and begins berate him for his shenanigans. Will explains to his uncle that he does not appreciate being changed into something he does not want to be, as he intends to be a joker and have fun all the time. Phillip reasons with him that joking around is what gets him into trouble. Will then tries to twist things around on his uncle, claiming that he is the one with the problem, that he is become soft and forgot all about his origin. Phillip then tries to set Will straight, reassuring him that he most definitely knows where he comes from, saying that he heard Malcolm speak and read every word he wrote, rather than just hang a nice poster of him on his wall. Before leaving, Philip tells Will to learn more about somebody before he starts throwing criticism around. Tired and not interested in hearing what Will has to say, Philip leaves to bed, but not before hearing Will play Beethoven on the piano, changing his perception of Will.

Later that night, Ashley is in her room dancing to Will's walkman. Will enters and begins dancing behind her until she turns around and spots him. After she hands him back his walkman, the two head out to look for a bathroom. Ashley tells Will that she is very happy that he is living here, and says he is like the big brother she never had. Will, however, tries to remind her of her brother Carlton, but quickly brushes it aside, saying she has a point.

Searching for a bathroom, they knock on the bathroom door on the left and hear Carlton singing, forcing them go to the bathroom on the right with Hilary inside. Will asks her how long she is going to be in there. Hilary tells them to go away because she is trying to remove her makeup. Will says good night to her, but instead, he and Ashley quietly sneak around the corners until Hilary comes out. When they see what she was really doing, Will busts her, shouting "I knew it!" 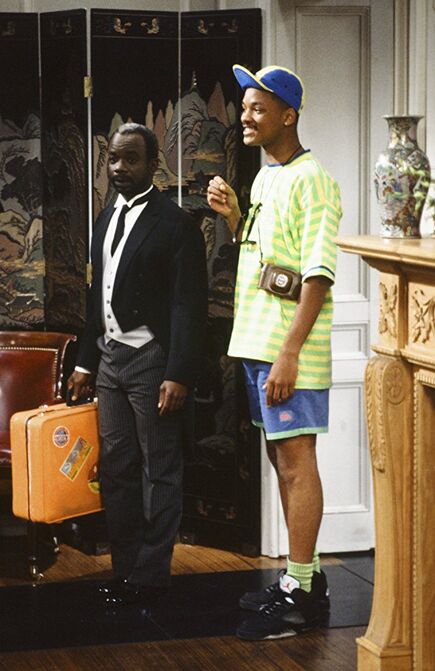 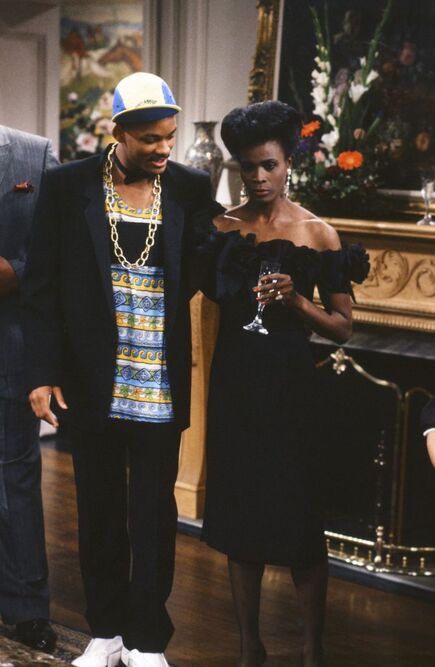